Euroballs was privileged to be granted an exclusive interview with Wigan Athletic chairman Dave Whelan yesterday, following the appointment of Malky Mackay as the club's new manager. We asked the former JJB Sports owner what it was that had convinced him to make such a controversial move, while the FA investigation into Mackay's allegedly offensive text messages is ongoing.


"A lot of people regard me as some old dinosaur who broke his leg in an FA Cup Final", said the former FA Cup finalist, "but I'm a great believer that football can be a force for social unity and inclusion.The game should be open to all, irrespective of race, gender, religion or ethnicity."

"That's part of the reason we've brought Malky to the club, as we feel he gives us the best chance of offending all of these groups in equal measure."

"As you can see, we've already developed a close working relationship." 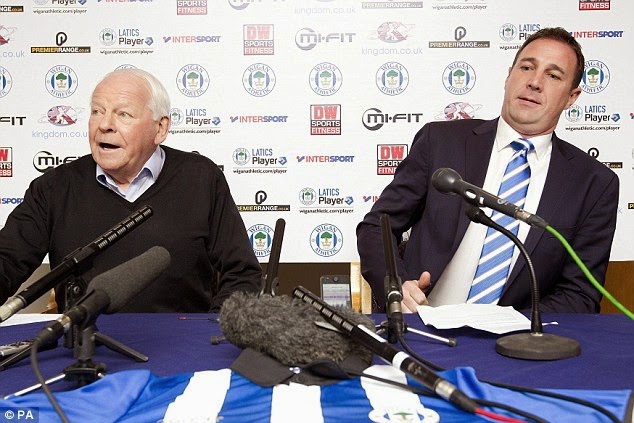 Whelan refused to be drawn on what's next for the club, not ruling out the rumoured double transfer swoop for Luis Suarez and Ched Evans.